“An “allonge” is defined as “[a] slip of paper sometimes attached to a negotiable instrument for the purpose of receiving further endorsements when the original paper is filled with endorsements.” Black’s Law Dictionary (8th ed. 2004).”

Allonge defined and other cases
“The indorsement may be on the instrument itself, or it may be on “a paper affixed to the instrument.” Id. Such a paper is called an “allonge”, defined as “[a] slip of paper sometimes attached to a negotiable instrument for the purpose of receiving further indorsements when the original paper is filled with indorsements.” See Black’s Law Dictionary at 88 (9th Ed. 2009).”
Kemp v. Countrywide Home Loans, Inc. (In re Kemp), Case No. 08-18700-JHW, Adversary No. 08-2448, UNITED STATES BANKRUPTCY COURT FOR THE DISTRICT OF NEW JERSEY, 2010 Bankr. LEXIS 4085, November 16, 2010, Decided, November 16, 2010,

Cases Dismissed for Lack of Standing In NJ & NY

Wells Fargo v McNee(11/11) As the First Department held in Katz v. East-Ville Realty Co., (249 AD2d 243, 243), a “[p]laintiff’s attempt to foreclose upon a mortgage in which he had no legal or equitable interest [is] without foundation in law or fact” (see Kluge v. Fugazy, 145 AD2d 537). Hence, Wells Fargo’s attempt to foreclose upon the subject mortgage must be denied, the complaint dismissed, and McNee’s cross-motion(s) to dismiss for lack of standing pursuant to CPLR 3211(a)(3) granted.

Downey v. Trujillo (8/11)(Schack) Dismissed with prejudice. Schack was angered after lawyer Margaret Carucci said in a sworn affidavit that a Downey Savings & Loan officer on Dec. 24, 2010 claimed to have personally reviewed and could vouch for the accuracy of the paperwork underlying Trujillo’s foreclosure — although Downey had long ceased to exist.

Deutsche Bank v. Mitchell(8/11) Summary judgment reversed – sale vacated. The assignment was not perfected until after the filing of the complaint, and plaintiff presented no evidence of having possessed the underlying note prior to filing the complaint. If plaintiff did not have the note when it filed the original complaint, it lacked standing to do so, and it could not obtain standing by filing an amended complaint.
We vacate the sheriff’s sale, the final judgment and the order granting summary judgment and remand to the trial court.

Deutsche Bank v. Francis (Dismissed With Prejudice-Schack)(3/11): I discovered that there is no record of plaintiff DEUTSCHE BANK ever owning the subject mortgage and note.
Therefore, with plaintiff DEUTSCHE BANK lacking standing, the instant action is dismissed with prejudice and the notice of pendency cancelled.
A want of “standing to sue,” in other words, is just another way of saying that this particular plaintiff is not involved in a genuine controversy, and a simple syllogism takes us from there to a “jurisdictional” dismissal: (1) the courts have jurisdiction only over controversies; (2) a
plaintiff found to lack “standing” is not involved in a controversy; and (3) the courts therefore have no jurisdiction of the case when such a plaintiff purports to bring it.

Johnston v. HSBC** ((complaint), (extrinsic fraud, real party) (3/11)
Extrinsic Fraud: Because the fraud is extrinsic in nature, HSBC is precluded from raising the doctrine of– res judicata –as a defense against this Courts obligation to verify first and foremost that the claimant has federal jurisdiction “real party in interest” status.
Real Party in interest: HSBC MORTGAGE CORP (USA) (hereinafter, “HSBC”) does not qualify as a
“real party of interest” pursuant to Rule 17 of the Federal Rules of Civil Procedure, which provides: “An action must be prosecuted in the name of the real party in interest.” The purpose of this rule is to require that an action be brought “in the name of the party who possesses the substantive right being asserted under the applicable law….” 6A WRIGHT,MILLER & KANE, FEDERAL PRACTICE AND PROCEDURE: CIVIL 2d § 1541 (1990) (“WRIGHT”).

Plaintiff has renewed its application for an order of reference for the subject premises, but
the papers submitted fail to cure the defects enumerated in my prior decision and order. The
purported plaintiff, WELLS FARGO, does not own the instant mortgage loan. Therefore, the
instant matter is dismissed with prejudice.
– Two invalid assignments of the instant mortgage and note took place, with ARGENT assigning the note and mortgage to AMERIQUEST, and then AMERIQUEST assigning the note and mortgage to plaintiff WELLS FARGO. Both of these assignments were not recorded for more than fourteen months, until February 21, 2006, when they were both recorded at that same time.

Wells Fargo Bank, Americas Servicing Company, MERS v Hunte (Judge Schack, Apr.14, 2010/ Dismissed with prejudice, possible sanctions.) (The court “discovered that WELLS FARGO executed a satisfaction of the instant mortgage more than ten months ago.” “The Court is gravely concerned that: it expended scarce resources on an action that should have been discontinued.” “the Court, in its discretion may impose financial sanctions upon any party or attorney in a civil action or proceeding who engages in frivolous conduct.”)

OneWest Bank v. Cullen (Judge Zwack – March 3, 2010) (The Court finds that OneWest has failed to establish it has standing and dismissed the complaint.)

ARGENT v. Maitland (Aug. 2010) (Judge Schack) Plaintiff’s counsel never notified the Court that the mortgage had been satisfied and failed to discontinue the instant action with prejudice. I discovered that the mortgage had been satisfied by personally searching the Automated City Register Information System (ACRIS) website of the Office of the City Register, New York City Department of Finance. AHMSI’s President and Chief Executive Officer or its Executive Vice President, Chief Legal Officer and Secretary Jordan D. Dorchuck, Esq., its counsel, Melissa A. Sposato, Esq. and her firm, Jordan S. Katz, P.C., will be given an opportunity to be heard as to why this Court should not sanction them for making a “frivolous motion,”

LLP v. Sabine (8/2010) “the assignment produced by LPP is insufficient to demonstrate it has standing as (1) MERS has no ownership rights in the note and thus cannot assign it; (2) the language of the assignment of the mortgage does not evidence an intent to assign the underlying note, (3) the assignment arises out of a purchase agreement with an entity who is not a party to this action, and (4) the provision of mortgage document relied on by LPP does not give MERS the authority to assign the mortgage or the note.

Wells Fargo Bank, N.A. v Hughes (1/10) The terms of the proposed modification agreement, particularly but not exclusively the inclusion of an adjustable rate component, are unacceptable to this court. “The above matter is hereby dismissed without prejudice; and it is further ordered, that in the event Wells Fargo commences a new action in foreclosure with respect to this borrower and the premises at issue herein, no additional costs or attorney fees will be allowed, absent good cause shown.
BACKFIRE! Emigrant Mtge. Co. Inc. v Corcione: (7/10) “unconscionable, unreasonable [and] overreaching” mortgage agreement. For all of the foregoing reasons, it is, therefore ordered, adjudged and decreed that plaintiff’s application for summary judgment and appointment of a referee is denied; and it is further ordered, adjudged and decreed that plaintiff, its successors, assigns and others are forever barred, foreclosed and prohibited from demanding, collecting or attempting to collect, directly or indirectly, any and all of the sums in this proceeding delineated as interest, default interest, attorney’s fees, legal fees, costs, disbursements, advances or any sums other than the principal balance, that may have accrued from May 1, 2008 up to the date of this order; and it is further ordered, adjudged and decreed that defendants recover judgment against plaintiff Emigrant Mortgage Co. Inc., in the principal sum of $100.000.00 as damages for what he said was an “unconscionable, unreasonable [and] overreaching” mortgage agreement.

Beneficial v. Steele*** (Judge Spinner)(Jan 7/11) An action claiming foreclosure of a mortgage is a suit in equity, Jamaica Savings Bank v. M.S. Investment Co. 274 NY 215 (1937), and the very commencement of the proceeding invokes the equity jurisdiction of the Supreme Court. Thus, in order to obtain equitable relief, the applicant must come before the Court with clean hands, else such relief will be denied. Thus, where a party comes before the Court and is shown to have acted in a manner which is offensive to good conscience, fairness and justice, that party will be completely without recourse in a court of equity, no matter what his legal rights may be, York v. Searles 97 AD 331 92nd Dept. 1904), aff’d 189 NY 573 (1907). Stated a bit differently, in order to obtain equity, one must do equity.
Here, it is irrefutable that Defendant SUSAN STEELE was not a party to the Loan Agreement and certainly did not execute the same. It is equally indubitable that Defendant STEPHEN STEELE did not execute the Loan Agreement that has been presented on this application. Nonetheless, Plaintiff has vigorously prosecuted this action, demanding foreclosure of the mortgage as well as money damages against both named Defendants. Under these circumstances, the Court is compelled to conduct a hearing to determine whether or not Plaintiff has proceeded in good faith and what sanction, if any should be imposed should the Court find a lack of good faith. (Id.) 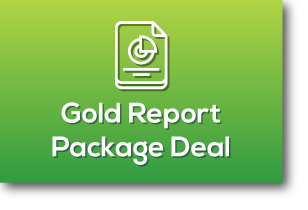 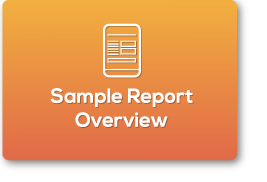 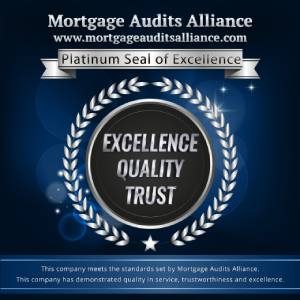