Citigroup Checks in the Mail After Bank Bungles Foreclosure Deal

Two years after Citigroup Inc. was punished for widespread foreclosure abuses, the bank is dealing with another misstep: Thousands of people who were entitled to settlement checks never got any money.

Citigroup missed about 23,000 borrowers who were owed compensation, said two people with knowledge of the matter. The bank is now preparing to pay them about $20 million — in amounts ranging from a few hundred dollars to as much as $125,000 — after government officials called attention to the error, said the people.

Under accords with regulators, Citigroup and other banks agreed…

James n
Recent Posts
About Us
Learn more about MAO's history and commitment to serving the needs of our clients.
Services
Visit Services to Download full samples of our products
Industrial News
Follow the latest direct for National Mortgage News.
Testimonials
Mortgage Audits Services
© Copyright 2016-2020 Mortgage Audits Online. All Rights Reserved.
Terms of Use | Privacy Policy
PLEASE TAKE NOTICE OF THE FOLLOWING DISCLAIMER: Mortgage Audits Online is exclusively a Business-To-Business service provider. Our service is provided to licensed businesses only. We do not assist homeowners/borrowers in foreclosure. 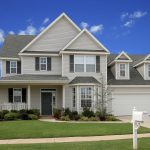