In the past few years, there have been numerous scandals that have been uncovered, causing thousands of foreclosures to be paused and investigations to be made of foreclosure documents.
Robo-signing is a process where an employee of a mortgage servicing company signs foreclosure documents without actually reviewing them. These employees don’t actually have first-hand knowledge of the facts they are signing off on, which is a violation of the law.

The term was coined in 2010, as consumers realized that the mortgage lending industry was using false affidavits to support thousands of foreclosure cases. This sparked a “robo-signing scandal,” in which several large banks and mortgage lenders put a temporary freeze on pending foreclosures until the mess could be sorted out.

Due to the thousands of cases of foreclosure fraud that have been going on around the nation, if your home is at risk of foreclosure for any reason, it’s imperative that you enlist the services of a qualified attorney. In light of the thousands of forged signatures, robo-signed documents, and the computerized signatures, it’s important to have a professional carefully comb through your documents in order to determine whether or not fraud is an issue in your particular case.

At Mortgage Audit Online, our attorneys insightfully question the validity of mortgage documents by calling into question a lender’s rights to foreclosure. If a property-owners doubt the validity of the lender in the foreclosure process, the lender may be willing to negotiate and withdraw the foreclosure case. When the mortgage documents are challenged due to validity reasons, lenders realize that their case was not based on thing grounds thereby they may opt to negotiate. During the negotiation process the lenders will offer to reduce the interest rate, lower the principal balance and change the mortgage so it can favor the home owner.

For a free consultation please go to http://www.mortgageauditsonline.com/ 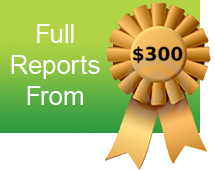